Snake Venom – Over the years we’ve had reports of snake bites disfiguring and putting people in sick beds, sometimes worse, killing people. These have made us react to snakes by creating a must kill snake ideology in our heads. So for every time we see a snake, the first thing that comes to our mind is Kill.

Venoms are usually had by animals (carnivores) that can’t use raw force or strength to kill their meal or prey. So they inject poisonous substances into their victim’s body by the aid of fangs to slowly kill their prey making it an easy meal.

Snake venom are highly modified saliva made of protein, enzymes, and some other toxic substances. Its main purpose as any other poison is to help in the immobilization and digestion of prey.

A snake will only bite what it wants to eat or what disturbs it to defend itself. It is recorded that out of over 3500 species of snakes worldwide only about 17% are venomous and dangerous to humans. Most snakebites that occur are from non-venomous snakes.

How to differentiate Between Venomous and Non-Venomous Snakes

Now, this not meant for you to try, just to learn some few basic tips and also note that this tips are only 70% correct. So if you get bitten by a snake, seek medical attention immediately. If you encounter a snake, do not attempt to kill, call on an expert to identify the snake.

Now you’ve learned some tips on differentiating venomous snakes from non-venomous. Let’s see the different kind of venoms and how they affect the human body

Snake venoms are mainly made of proteins and enzymes which function primarily to lower blood pressure, destroy red blood cells, immobilize muscles, and eventually death. Basically there are three kinds of snake venoms classified based on their toxins and how they affect the body.

It causes a condition known as Necrosis in which the toxins destroy most of or all the cells in a tissue or organ. This kind of venom helps to digest the prey from inside out before a snake begins eating.

The cell deaths start from the site of the bite and then begin propagating. This is why you have to seek medical attention immediately after a bite.

The Mozambique Spitting Cobra are one of those snakes with a deadly cytotoxic venom. When you get bitten by any snake with this kind of venom without any quick access to anti-venom, in most cases amputation is always the fix.

Cytotoxins are also categorized based on the kind of cells they affect i.e

Cardiotoxins: affect the cells in the heart and you can tell what happens from there.

Myotoxins: affect the cells in the muscle.

Nephrotoxins: affect the cells in the Kidney.

Neurotoxins has a wide variety of toxins categorized on how they stop the transmission of signals in the body.

Examples of Snakes in this family; cobras, sea snakes, coral snakes, black and green mambas and so on.

This works like poisoning the blood. It causes Haemolysis which is the destruction of red blood cells. It can also induce blood clotting thereby causing internal bleeding and eventually tissue and organ failure or death.

Most species of vipers and cobras and also the infamous tropical rattlesnake has this kind of venom.

Concluding, snakes might be dangerous or have venom but being practical, no snake will attack you unless it sees you as a danger. The only kinds of snakes that reportedly attack humans for food are the extremely large ones and these cases are tremendously rare.

The more reason why we should try to give them space and avoid trooping into their environment. Civilization builds and we keep moving and innovating structures into wildlife areas without considering the problems it might create. Continents like Africa have the highest snake fatalities because of low wildlife reserves and ignorance.

Snakes kill an average of 50,000 humans yearly worldwide but have we ever asked ourselves, how many snakes are killed yearly. Most snake species are already getting extinct. “Humans are the ultimate race”, indeed we are, but this does not give us the license to get all other species extinct.

Don’t you think, it will be disastrous if some snake species die out before we find out the mystery and solutions they have to offer? 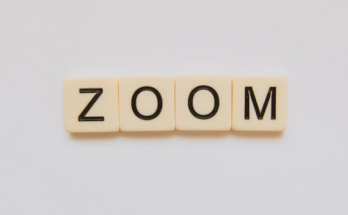 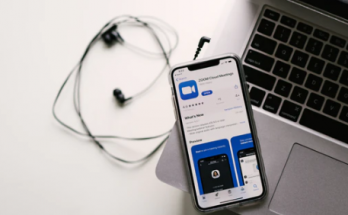