Here is a list of the best most well-reviewed video calling apps for IOS devices, these apps are perfect for your IOS devices. They do not pose any privacy threat, no signs of malware or viruses and each have a perfect video calling quality.

Sometimes, I ask myself how smartphone users survive without video calling their loved ones each day in this lockdown period. I guess am just so used to it.

As an iPhone user, I compounded a list of the best apps you could use to video call on your IOS device. Personally, these apps are great and from its user’s reviews, one could conclude that there are no better apps than these.

If you are an Android User: Check Out My List of Video Calling Apps For Android.

Let’s get straight to it, shall we?

This is Apple’s own fix to video calling on IOS devices, it’s only available and exclusive to IOS and macOS devices. It’s easy to use and well-integrated with any IOS device that has a call option.

You can literally start a video call from anywhere on your IOS device using the FaceTime app. All it requires is a strong internet connection and an IOS device.

You can add up to 32 people to your FaceTme video call and even better, the IOS 12 promises more exciting features for the FaceTime app.

This is a video call favorite available for almost all kinds of devices. Most people prefer to tag this app as the best app for video conferencing because of its screen-share ability during video calls.

Zoom is mostly used by businesses to set up online meetings. Because of its paid plans, users tend not to use this app for personal calls.

You can hold large video calls on Zoom without subscribing to any paid plan. The thing with it is that it might not last longer than 40 minutes.

When it comes to video calling, you can’t leave this app out of the picture. It might not possess the calling capacity (Maximum amount of people in a single video call) of other apps on this list but it’s the most used.

WhatsApp was mostly used as a chatting app but as of recent the amount of calls being organized on this instant messaging network has increased. Its video calling quality is perfect and simple just like the whole app interface.

I could easily call this app the best video calling option for both Android and IOS devices but it doesn’t support large group calls.

Created in 2003, Skype is one of the best apps for video calling on IOS devices. Like Zoom, it also works on almost all kinds of devices showing its versatility and uniqueness.

The fact that it is mostly used by businesses does not mean you can’t use it for personal video calls. It’s free to download and use unless you want some extra features which are hidden behind paid plans.

You can add up to 24 people in a video call and you can also directly call landlines and mobile devices from the Skype app.

Like WhatsApp, this app has everything when it comes to instant messaging and calling. You might even liken it to Viber on Android because of its unique features.

Its video calling quality is as good as any app on this list but just like WhatsApp it has some issues with capacity; does not do a large number of people on a single video call.

But Facebook aimed at solving that issue and has recently come up with a solution. Facebook Messenger Rooms, check it out.

This new Facebook Messenger feature allows you create online video meetings of up to 50 people for free without paid plans. You don’t even need a Facebook account to join one of these video calls.

This app also featured on my list of the best video calling apps for Android. At first thought, you’d think any Google app shouldn’t be available to IOS users but it is not so.

When this was released, I thought it was Google’s answer to FaceTime, but then Google also made it available to IOS users. Google Duo is simple to use and it’s video calls are very good given there are no issues with your device’s camera.

Once you sign in via your Google account and verify your mobile number in the app, you could start organizing video calls. It has a feature known as Knock Knock that allows you to view your video caller before you pick up.

Like any other video calling app on this list, this app helps you reconnect with people through video calls. But it functions differently.

Yes, you get to video chats with friends, but you can’t really control how people join your video calls unless you change the Setting. Basically, when you host a video call on this app, you are hosting a party video call.

It also has in-app games and can not allow more than 8 users in a single video call. It is not really known as the other apps on this list but if you are looking for an app with great video calling qualities that allows you to play games with friends, this is the right one. 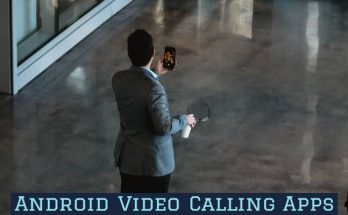 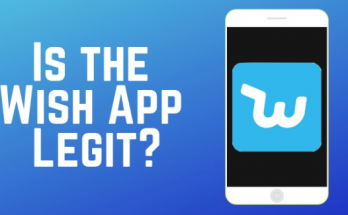 Is The Wish App Legit? | Can You Trust Wish Shopping App? 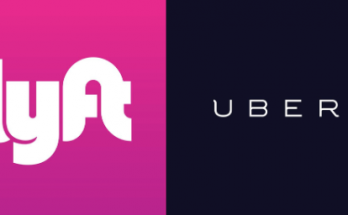 Is Lyft Cheaper Than Uber? | Uber vs Lyft Which is Cheaper